Read what our customers and critics have to say. 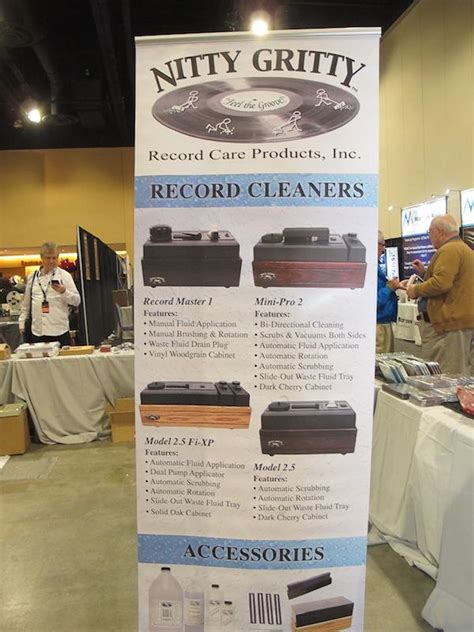 I am thoroughly delighted with the performance of the machine…… I never realized that vinyl could sound so marvelous!

Also, the 3-way size adaptor is very cool and so easy to use. Someone had a creative burst of inspiration there!

Compliment to Nitty Gritty on such a wonderful piece of equipment. The improvement in the clarity, depth, bass range of sound is phenomenal. It is the equivalent of hearing the music properly for the first time. The whole spectrum of the musical experience is so clear. I have never heard bass passages so clearly and the nuances of the quiet passages are ethereal. Magnificent. Incidentally stereo and mono do not differ much while the depth and resonance of the old thicker LP/s is superior to the newer records. I have never been so pleased to spend money on such an instrument that has far, far exceeded my expectations.

I received the machine Friday and picked out the worst 33 record I could find and it was very dirty, the machine cleaned it like new if not better. I then tried a 45 record and it cleaned it also very well. I want to thank you for producing such a fine record cleaning machine.

(FIRSTrv)….After a re-build of the Nitty Gritty, a quick, delightful, and inexpensive experience in itself. I did notice a slight improvement in the sonics of freshly cleaned records…. not enough. Easy and reliable solution: Email Gayle at Nitty Gritty and express my dismay that my records were not getting clean. Too many pops and clicks on a pristine record surface. She suggested some their Firstrv, a new pre-cleaner, that is designed to remove the vinyl mold release agent and she said it may help with those other nasties. A little pricey, but she came through with the NG re-build so...send me one of your brushes as well. Here we go, a few drops on the brush, swipe it on the top of the record, a couple of turns on the NG, flip it over and clean as usual. Throw it on the TT and give a listen to one of my favorite ½ speed mastered that had an errant tic here and there. Whoa, what is this !!! I was so taken with the improved sonics that I forgot all about the tics. Geez that sound, it's blowing the doors off the CDP. Crisp, clear, dead silent background, and the instrument separation was improved as well. That pressing was very good before, but now.... The errant tics were still there, unobtrusive and I had to play it again just to hear them....very minor. If I hadn't known they were there I would not have heard them. I went on to A/B some sides and yes after using the Firstrv there was a difference that was not subtle….